WAR OF THE WORLDS

Season 3 picks up the story at the end of Season 2. Gabriel Byrne (In Treatment) reprises his role as Bill Ward, along with brand-new talent, including BAFTA Award-winner Molly Windsor (Three Girls), Ernest Kingsley Junior, Madeleine Worrall and Oliver Hembrough. Directed by Indra Siera, who is leading the series, and Jonas Alexander Arnby, the third season of this dynamic adaptation of H.G. Wells' classic novel sees the war between the survivors and the aliens reach a new turning point as a strange phenomenon grips countless people across the globe. 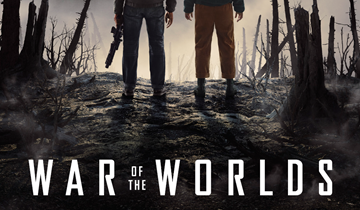