NOMINATED FOR THREE GOLDEN GLOBES, INCLUDING BEST SERIES Americans' favourite series this year tells stories of people who share the same birthday with love and humour. Notre vie [This Is Us] has done the impossible: earned unanimous critical acclaim, while at the same time enjoying tremendous popular success. The trailer has been viewed a record-breaking 50 million times since its launch. 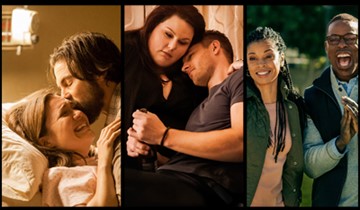