War, riots, assassinations, political corruption, racial tension. Like today, 1968 was a time of global political and social upheaval. Tensions between generations, races and
genders were all reaching critical levels. Violence was spilling out onto the streets and families were increasingly divided over social and political issues. But 1968 was also a time of hope, of new ideas and change. Fortunate Son tells the story of a family divided by a mother’s deeply held commitment to activism and the personal cost it exacts on those she loves.

Season One of Fortunate Son focuses on the Howard family as they struggle to escape their past and deal with the increasingly tumultuous world around them. Ruby Howard (Kari Matchett) is an American activist pursued into Canada by the FBI who refuses to give up the anti-war cause she so deeply believes in. Set in the chaotic summer of 1968, Ruby helps smuggle American draft dodgers and war deserters across the Canadian border to safety. One deserter Ruby helps is Travis Hunter (Darren Mann) who brings his own troubled past with him and ends up leading the U.S. intelligence services to Ruby’s door. 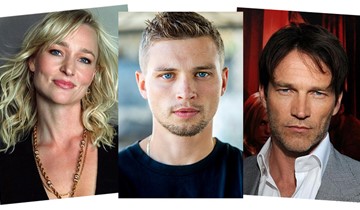