Although the war isn't over, it's definitely the end of an era as the first group of trained operatives from Camp X complete their final covert mission as a team in the concluding season, currently airing on CBC. The final season of X COMPANY will see the team of Camp X operatives press forward to the finish line of their final mission together, hoping to deliver a blow to the enemy that could change the course of the war. After the shocking and disillusioning losses of Tom and those who fell at Dieppe, it's harder than ever to keep the faith. The rules of human decency are stretched to a point where the difference between good and evil becomes more difficult to discern. The team learns the tough lesson that to fight the enemy, you must become the enemy. 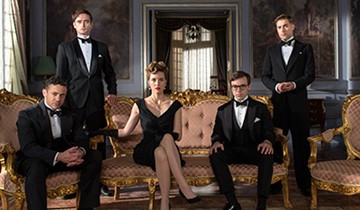