In the intense heat of a summer terrorist campaign, Lana Washington is forced to put personal tragedy aside to try to solve the mystery of who's behind the attacks. As the bombings intensify and responsibility is claimed by a group calling themselves The Crusaders, Lana struggles to cope with the dangers of her job but finds support in her budding relationship with an old army colleague, Karl. Lana works with New Scotland Yard to hunt The Crusaders before they carry out another terror attack but is confronted by the horrifying possibility that someone close to her could be involved in the bombing campaign. 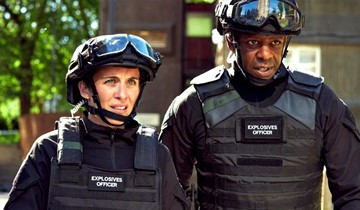