A companion to the ICI TÉLÉ series Six degrés, this podcast written by Simon Boulerice comprises six episodes that will be released over the summer, expanding on topics covered in the TV series. Léon Forest (Noah Parker) is a visually impaired 16-year-old who fills his diary with letters to people in his life — letters that he keeps strictly to himself. Because for him, the act of writing is its own reward. 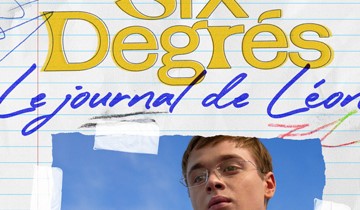