Pretty Hard Cases is a fun and honest portrayal of two radically different female detectives in their early 40s. The action-packed series follows Guns and Gangs detective Sam Wazowski (Meredith MacNeill) and Drug Squad detective Kelly Duff (Adrienne C. Moore). By day, they are heroes in their particular way: skilled, tough, determined, and entertaining, fighting to do good in a broken system. But by night, they're both grappling with loneliness, dysfunctional families, screwed-up love lives, and a sense that their professional ambitions may not be totally in line with their personal needs. Their friendship could help to balance each other out if only they didn't drive one another utterly insane. 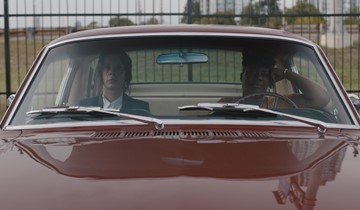