In a small-screen first, Pour toi Flora examines the bitter legacy of Quebec's residential schools. These government-funded, church-run institutions aimed to assimilate Indigenous children by forcibly separating them from their families, thus depriving them of their communities' traditional teachings. Though fictionalized, the storyline is inspired by the true-life experiences of several hundred families in the province. Pour toi Flora underscores the tremendous resilience of these uprooted children in the face of unimaginable adversity and the repercussions of the trauma on their loved ones.

The series follows two present-day Anishinabeg as they struggle to come to terms with their painful past. We witness the heartbreak of their forced removal from their parents' care by the Oblate missionary order in the 1960s as well as the haunting consequences of their ordeal more than five decades later. The dramatic miniseries chronicles specific periods of their lives as well as those of their family members, cross-cutting between the two to show how Indigenous families in Quebec were torn apart — and how, sometimes, they've managed to come together again. 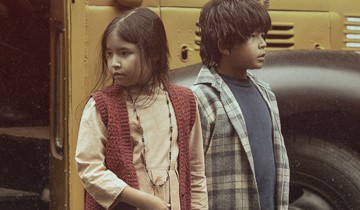