British detective Richard Poole (Ben Miller) is assigned to investigate the murder of a British police officer on the fictional Caribbean island of Saint Marie. After he finds the murderer, he is ordered by his supervisors to replace the victim and stay on as the head detective inspector (DI) of the island, solving new cases as they appear and being the object of many fish-out-of-water jokes. 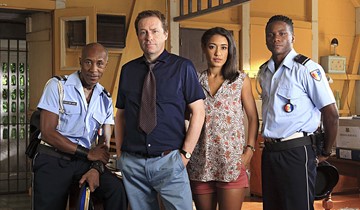