Starring Benveet “Bean” Gill, PUSH is a new original unscripted series that takes audiences into the inner world of the “Wheelie Peeps,” an unlikely group of friends and wheelchair users, bonded by their shared experience of navigating life on wheels. They are self-proclaimed rednecks, former exotic dancers, mothers, concert pianists and more. Whether it's growing a family, fighting social stigma, or jumping back into the dating pool, this determined group of friends is working together to prove that even though their mobility may be limited, their lives and dreams are most certainly not.

“This show is what I needed when I was first paralyzed,” said Gill. “To see that having a disability doesn't define you. We're regular people, striving like everyone else to live our kickass lives to the fullest. But Push is not simply a show about lives. It's about really seeing and hearing us as people, just as we are.” 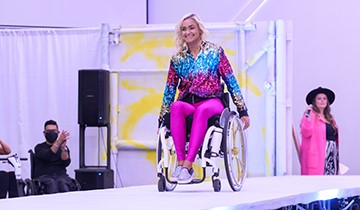