ICI EXPLORA is home to Canada's very best programs that focus on science discoveries, the environment, nature and health.

This French-language specialty television channel was created for viewers eager to learn more about the world around them. It broadcasts documentaries and publishes magazines that focus on discovery, with plenty of room for captivating narratives, and breathtaking shots of wildlife, natural landscapes, and tech in action. It is tailor-made for those who are curious by nature. Launched in 2012, ICI EXPLORA attracts more and more viewers each year, and its distinctive programming can now be viewed online as well, where it attracts thousands of visitors.

With an average of more than 850,000 viewers each week, ICI EXPLORA is #1 specialty channel among men aged 35-64. Its audience is chiefly male and highly educated.

Jean-Michel Vanasse, along with a number of seasoned contributors,... 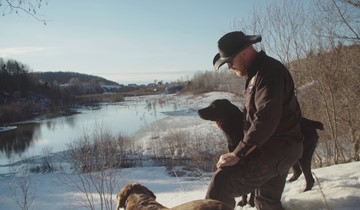 Shot outdoors on the grounds of his canine centre in St-Jean-de-Matha,...