Chief Constable Bill Hixon, a widowed former US police chief, moves from Miami to Boston, Lincolnshire with his fourteen-year-old daughter Kelsey, after being sacked from the American police force for assaulting a boy who had uploaded sexual images of his daughter. Although he makes an immediate impact on his colleagues, none appear too pleased to have an American officer around, aside from eager young trainee detective Muriel Yeardsley, with whom Bill forms an affinity after a slightly rocky initial start. 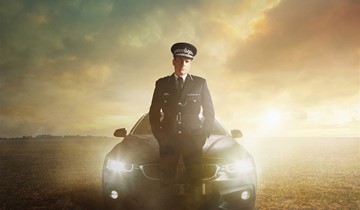