This timely documentary series will tell the definitive story of the legendary 1972 Canada-USSR Summit Series of Hockey upon its 50th anniversary, and through a modern lens explore its legacy and lasting influence on Canadian national identity, framing it against the political and cultural climate of the times in both countries, and around the world. The series will also explore how Canada and its relationship to hockey has changed since then, and what seeds of change were made visible in this clash of cultures. With never-before-seen 16mm archival footage restored in stunning 4k, and exclusive interviews with key players, Summit ‘72 will bring an unforgettable moment in Canadian history to life on screen as never seen before. Audiences will relive—or experience for the first time—the adrenaline-fuelled, edge-of-your-seat drama of one of the most monumental cultural proxy battles of the Cold War, and trace its many reverberations in the zeitgeist right up to the present day. 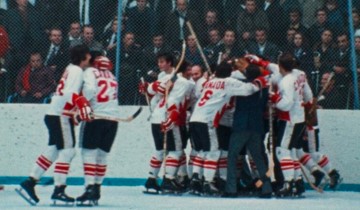