Stuff the British Stole is a new six-part series for the ABC and CBC based on award-winning journalist Marc Fennell's acclaimed, chart-topping ABC Podcast, also launched by CBC Podcasts in fall 2021. Throughout its reign, the British Empire stole a lot of stuff. Today those objects are housed in genteel institutions across the U.K. and the world. They usually come with polite plaques. This is a series about the not-so-polite history behind those objects. 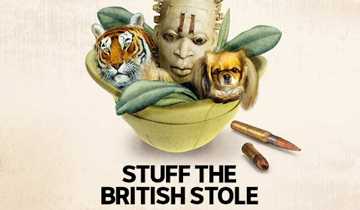