SON OF A CRITCH

Based on the award-winning, best-selling memoir from Mark Critch (This Hour Has 22 Minutes) and created by Critch and Tim McAuliffe (This Hour Has 22 Minutes, The Office (US), Last Man on Earth, Late Night with Jimmy Fallon), Son of a Critch is the hilarious and very real story of 11 year-old Mark coming of age in St. John's, Newfoundland. It's a heartfelt window into the life of a child - much older inside than his 11 years - using comedy and self-deprecation to win friends and connect with the small collection of people in his limited world.

While the show will have plenty of the 80's nostalgia that helps make Stranger Things and The Goldbergs popular, this will not be a sentimental call for a return to a simpler time.

The series will show just how far we have come – and how far we still have to go - as a society. Children were hit, racism and intolerance were common – and that's just from the teachers. We will see the ridiculousness of the adult world, through the children's eyes. Homophobia, abortion rights, racism, women's roles and other issues will be dissected by Mark and his friends as they struggle to pair what they are told in church and at school with what they are seeing in the world around them. 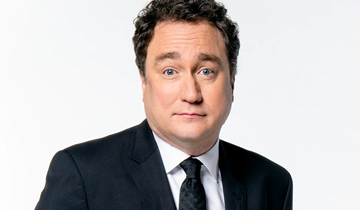