An anthology comedy series chronicling the lives of Black Torontonians struggling to stay afloat in the sprawling city. Continuing its rise from a community-based YouTube show, Next Stop charts a course through chaotic, surreal, and hilarious vignettes of ‘yutes' confronting the challenges of life in a competitive, expensive, and rapidly-changing city. Created by Jabbari Weekes, Tichaona Tapambwa and Phil Witmer and executive produced by Amar Wala. 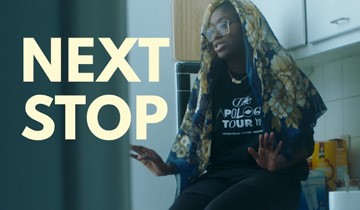