How well do you really know your kids?

Do you know what they get up to once your back is turned?

Les petits tannants is a game show featuring three sets of parents with sharp wits who try to predict what their 6- to 8-year-old child will do when confronted with a range of unusual situations.

This kids, filmed ahead of time in a public place such as a zoo, or a studio dressed to look like a colourful games room, rigged with hidden cameras, face a series of innocuous challenges and tasks in the company of the show host or a well-known personality.

Will they press the red button, even though they've been told it's forbidden? Will they dare tell a grandma that her cookies aren't all that great

The family with the most correct predictions goes on to the final round! And there's one more twist in this show: it's the kids, not the adults, who choose the prizes! 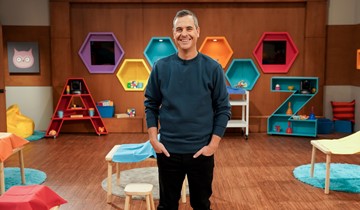