Every advance in artificial intelligence (AI) raises new ethical and existential questions. As he initiates the creation of his digital twin, journalist and host Matthieu Dugal explores the present and future of AI and its impact on humanity. His undertaking is chronicled in the new original documentary series IA : Être ou ne pas être (AI: To Be or Not to Be) divided into three episodes premiering on ICI TÉLÉ's Doc humanité, Saturdays at 10:30 p.m. from July 23 to August 6, 2022.

Covering topics ranging from ethics to the technology (r)evolution, this documentary series tries to find the boundary between humans and machines. In doing so, it follows the development of Matthieu Dugal's avatar on a parallel track with the course of human life. During this journey, Matthieu meets with leading figures in the IA world, including scientists, philosophers, physicians, psychologists, researchers, humanoid creators and even transhumanists — as well as critics — in order to better understand the exponential evolution of IA and its implications for our daily lives.

Complementary digital content
As a complement to the documentary series, exclusive content is being offered online, including videos about AI hosted by Matthieu Dugal together with his digital twin. Among the questions asked will be the role of AI in education, the state of facial recognition in Canada, and the possibility of AI eventually taking over our jobs.

Everything is available at Radio-Canada.ca/serieIA 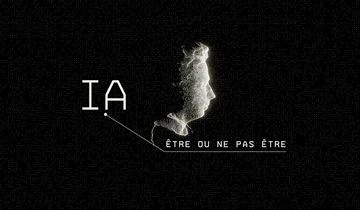