A hilarious, cutting and timely social commentary on a comedian’s place in our current high-alert environment of political correctness and cancel culture, HUMOUR RESOURCES follows Jon Dore as a retired comedian turned Human Resources manager. Filmed during the COVID-19 outbreak while under quarantine, Jon, living with his girlfriend Christina and her six-year-old daughter Emma, meets with comedians via webcam from his home office to evaluate and consult on the appropriateness of their material and overall “workplace” behaviour. 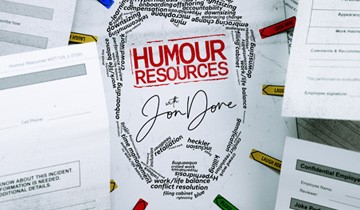