On a large arena-like stage, four well-known artists from four different generations will compete in front of an audience of 100 people who will act as judges. In the stands, the audience will be divided by generation: Z (born after1994) , Y (born between 1981 and 1993), X (born between 1968 and 1980) and boomers (born before 1968). Each group of 25 people will be led by a captain, a star personality whose mission will be to explain the reasoning behind the group's decision and reveal the votes of their team.

Each week, the singers will perform popular hits that span across the decades in order to appeal to as many generations as possible.They'll rely on strategies around song choice and intentionally chosen musical arrangements and interpretationin in order to try and appeal to all age groups and get the best results. Which artist will display the most timeless talent that reaches across all eras, styles and trends?

24 artists will participate in the first round of the competition before the four best of each generation compete against each other in the semi-finals. One artist per generation will make it to the grand finale, which will crown a champion who has succeeded in rallying all generations. The ultimate goal of the competition, reach the Zenith! 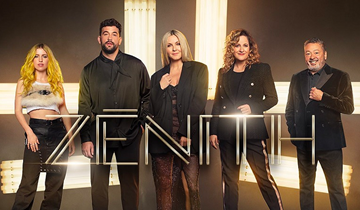