It's spring and fear hangs over west-end Montreal. For weeks, an unknown man has been entering people's homes at dusk and threatening them at gunpoint. He ties them up, robs them and then disappears. Between 2006 and 2009, he committed 13 home invasions, one murder, three attempted murders and one hostage taking; leaving dozens of traumatized families in his wake.

Using unusual investigative techniques, the police spend 10 years tracking him down. Arrested in his native country of Trinidad and Tobago, Septimus Neverson is brought back to Canada to stand trial in Montreal. In January 2020, Septimus Neverson is found guilty of all 54 charges against him and handed a life sentence.

Under the close scrutiny of journalist Patrick Lagacé, who has been following this case for more than a decade and is a keen observer of police work, the series sheds light on many facets of the story that have remained in the shadows. While delving deep into the unusual life of this hardened criminal, it also focuses on the police officers who worked tirelessly to find the perpetrator. The series aims to give the victims themselves a chance to tell their own stories: Years later, how have they rebuilt their lives? 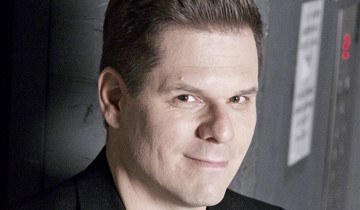